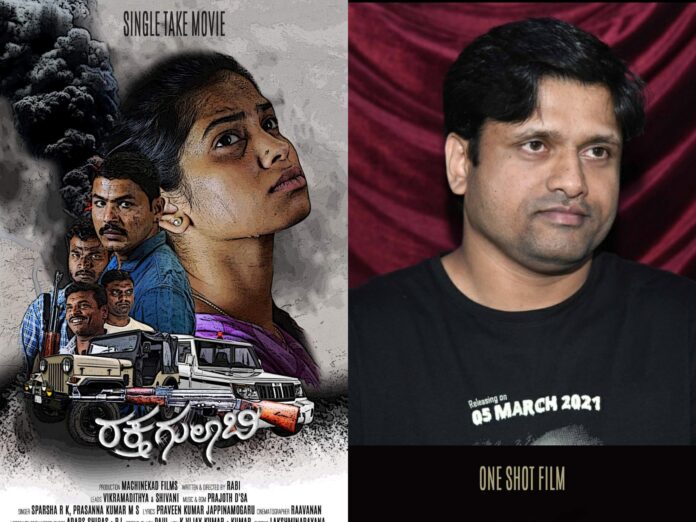 The film Raktha Gulabi that made news for being shot in just two hours and eight minutes, that too in a single take without a single cut. Directed by (Rajesh Basappa)Rabi, the movie got released across theatres on March 5 and is getting good response. In an interview with CiniMirror, Rabi talks about the films release and more.

Q. The entire movie was shot in a single take and its a record. Do you think audience will get to know about it while watching?

Our movie has been recorded in India Book of Records and Asia Book of Records. In any cut short movie to tell a story of a character it is easy. But here audience can feel or experience each characters in different way on screen. The entire movie is shot in a single take from morning 6 Am till 8 Pm. Once the camera was turned on, it was turned off only after the entire movie was shot.

Q. What was the idea behind choosing this subject for your debut direction?

My idea was not to make an one shot movie while writing the story. To tell a thrilling tale, I felt if the movie is shot with cuts(intervals)audience would not be conveyed with the story. If shot in single take, I thought the audience get to feel what we are conveying in the story.

I did change the script according to the movie being shot in single take. As we need a lot of preparation for it. We did 3 months practise for the movie.

Q. What are the challenges faced before shoot and after shoot.

We had limited resource and budget to shoot. So we had prepared well during the rehearsals. We had wasted 4 days for shoot. Everyday, whenever we went to field for shoot due to some or the other reasons it was getting cancelled. After 4 days the camera started rolling and we got the natural feel what we wanted.

After shooting, there were other challenges like matching the color variations and the grading process was very difficult. It was very difficult for us while dubbing due to the other sounds, for ex, truck sound was louder than the dialogues of our artist. It was challenging and helpful for us. Even making the music for this film was difficult, but our music director gave us after analysing our movie.

Q. Is it the right time to release Raktha Gulabi with other big movies taking over majority screens?

We had shot 2 years back, In January we started getting news that neighbouring states are shooting a single shot movie in their respective languages. Firstly, We Kannadigas have shot the entire movie in single take, and someone else taking credit would be not right. So we thought we will release along with other big movies. It is also an advantage for us, as people will get to know about our movie too.

Q. How was the first day audience response for the movie?

It was a surprise for them, as they did not believe it was a single shot movie. Few have also adviced us to take support from other big names in the industry for promotion. After they felt movie was entirely fresh and our presentation. Many have questioned us, was it not difficult to shoot.

Q. Your opinion on OTT and theatre for watching movies?

The first place to be for a movie for any director is theatre in my opinion. Few like watching movies at home, few in theatre for the sound effects, Feel etc and others like to watch on their phone. As per the generation the requirements are fulfilled.

Q. Why should one go and watch Raktha Gulabi in theatre?

The audience involvement while watching a movie will be double the dosage in one shot movie. And they can experience it in Raktha Gulabi. Audience should come and watch to enjoy it.

Q. Tell us about your future projects?

I will first have to finish this project. I have few scripts, as my film making style is different. As i want to show the art differently in my own pattern. 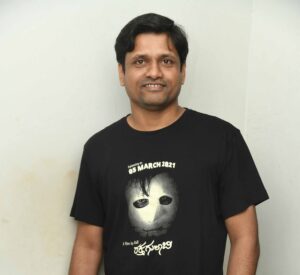