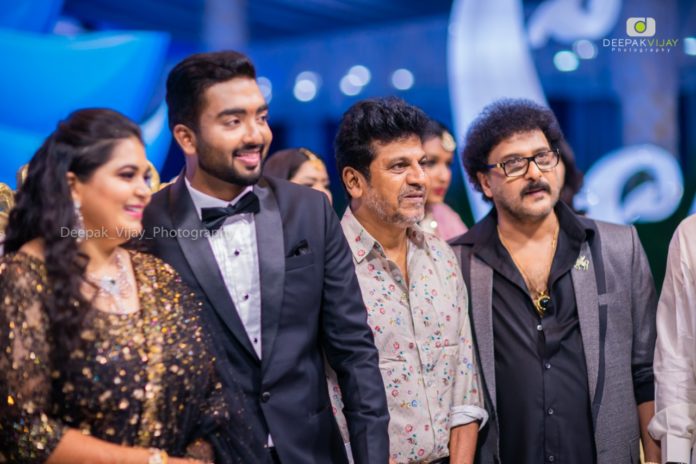 Actor Ravichandran’s daughter Geethanjali tied the knot to businessman Ajay in a traditional event n Wednesday. The reception was held on Tuesday and saw several celebrities across industries. 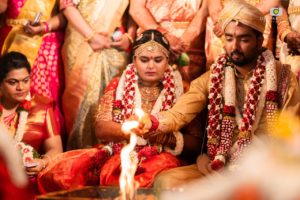 Ravichandran’s close friend and musician Hamsalekha and his team entertained the guests while Crazy Star Ravichandran was seen greeting celebrities and bigwigs from Karnataka politics. Arrangements were made so that the wedding hall could house more than 10,000 guests. 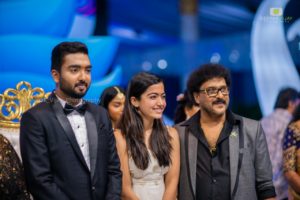 Even though Ravichandran refused to reveal the money he spent on the wedding, it is billed as one of the most expensive weddings in Sandalwood in the recent years.

He said that the costliest thing that he has gifted his daughter are his tears of joy. He was happy that she was getting married but the thought of her going to her husband’s house made him emotional.

The highlight of the star-lit affair was the song composed by Ravichandran about the father-daughter relationship, which left Geethanjali emotional. 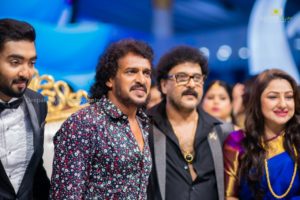 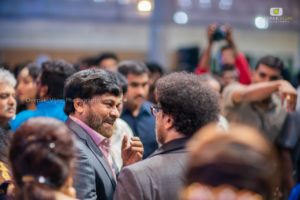